The second day of Sundance brought a more limited experience for this writer (days 3 and 4 brought an abundance of panel discussions and films, so please bear with me).

Two contrasting features formed the experiences on Friday evening. On the one side, there was the stultifying and positively frightening, God Loves Uganda, and on the other side there was the breezy comedy, Sleepwalk With Me. Both are not without serious merit.

The Ugandan government is on the cusp of passing a Bill outlawing homosexuality. The far Christian right from the US are claiming substantial credit for this manifestation of affairs. Directed by Roger Ross Williams’ God Loves Uganda is a mission to try to understand and detail this alarming political proposal.

It does so by shedding light on the impact American evangelical missionaries are having on the communities in Uganda. Armed with a Bible and a stream of memorised scripture, they are dangerously committed individuals with a rabid appetite for cultural shift. They intend to let nothing stop them spreading the Word and saving society from damnation.

Things start out slowly. The first third offers not much more than a stereotypical representation of Christian fanaticism and the view of Africa as a naïve and unsophisticated continent. Things do improve, however. Perspectives and arguments build. Detail floods the picture with colour.

To Williams’ credit, he does this by enabling all participants to have a fair hearing. The missionaries seem to hang themselves by their own rope. Their black-and-white morality does not allow for the shades and complexities of real life, and this film indicates that there may often be a hollow core at the centre of self-righteousness. That there is an arrogance in evangelism. It depicts the predator-like indoctrination and brainwashing on those too young to adequately question the veracity of the source or the possibility of an alternative. In a depressing way, the missionaries success at large shows the fruits of blunt belligerence and unashamed opportunism.

Ultimately, God Loves Uganda has an extremely unsettling coda. It tells of manipulation through fear and a lack of understanding. Christian people preaching unchristian things. To boot, it is a story that is still playing out. It could not be more topical or vital. 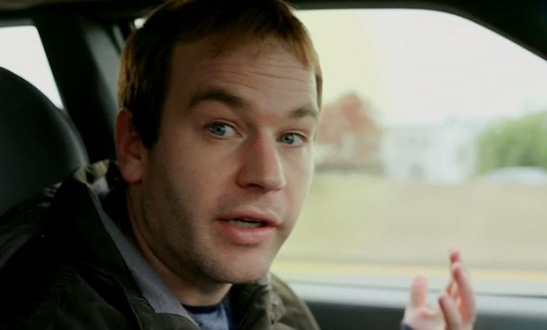 The Sundance team tried to bring this feature over to our shores 12 months ago but due to the unavailability of its writer/producer/director/star, Mike Birbiglia, it was rolled over to this year’s festival. It must be said, quite why there is no distribution deal for this film in the UK is a mystery (at the time of writing at least).

A semi-autobiographical tale from Birbiglia, this film follows him as Matt Pandamiglio; a man in crisis. He is in his 30s and in a long-term relationship that shows no real sense of direction. Thanks to him. He is also struggling in his ambition to be a stand-up comic. His girlfriend, Abby (Lauren Ambrose) is beginning to request greater commitment from him, just as many of their friends around them have not only tied the knot but are now surrounded by the patter of tiny feet. On top of this nasty cocktail for Matt lies a further woe in the form of a terrible medical condition that compels him to dangerously sleepwalk and enact out the most farfetched of dreams.

Opening with an address to camera, Birbiglia’s character asks the audience to turn off their phones. So begins an endearing and frequent breaking of the Fourth Wall, in a similar fashion to that of John Cusack in High Fidelity and Larry David in Woody Allen’s Whatever Works (Allen, of course, has done this in a number of his features). The tone is also similar. The characters are drawn with enough pathos and likeability to ascribe both empathy and affection. The observations are touchingly honest and familiar, echoing cliché but subverting the tropes of the genre at the same time.

Those expecting a rip-roaring laugh out loud comedy may end up disappointed. Sleepwalk With Me has humour but its real success lies in the merging of tragedy and hope within all of its characters and in steering matters with a refreshingly unpredictable navigation. It was a pleasant surprise. Here’s hoping it finds a home in theatres and DVD in the UK. It deserves success, and I don’t find myself saying that about many of the so-called comedies that make the trip across the Atlantic.