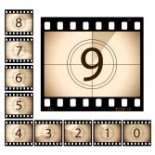 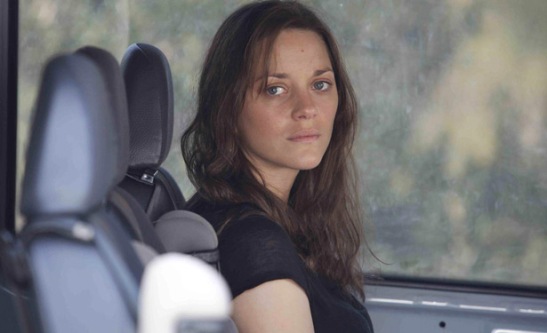 Can we ever tame something that is not meant to be tamed? Is it possible to perpetually ride the wave of danger and emerge unscathed? Is the allure of risk the affirmation of success, even if the consequential trade-off is too grave to contemplate? In the field of chance, we dare to dream; it is both the making of man, and the eternally crushing folly of mankind.

Audiard has opted to return with a film to analyse this conceit. Having last graced cinema screens with the assured prison drama, A Prophet (2009), Rust and Bone is a film which takes an unflinching, if occasionally exaggerated, look at the motivations of people.

Marion Cotillard, fresh from her showing in the summer’s blockbuster, The Dark Knight Rises (2012), appears as whale trainer, Stephanie. She has an early and apparently inconsequential encounter with street boxer-cum-nightclub bouncer, Ali (Matthias Schoenaerts) whilst blind drunk. This would appear to signify nothing. This changes after she loses her legs in a ferocious attack from one of the orcas. Ali is experiencing troubles of his own. Struggling to make a living and to support his young son, whom he shows a distinct lack of compassion or gentle love, he resorts to the world of street boxing in order to not only supply an income, but to unleash the fierce temper which boils beneath his surface. He finds solace in this particular brand of expression, and is visibly intoxicated by the textbook machismo that the ‘sport’ demands.

This is a film with an interesting directorial hand. Portraying a realism that invokes comparisons with the Dardenne brothers (who themselves had a successful outing this year in the exceptional ‘The Kid With A Bike’ – as an aside, it is worth noting that they share the same co-producer as Audiard), there are also visceral flourishes that evoke references to a director of Martin Scorcese’s calibre and auteurship. The fight scenes, in particular, shake and buzz with a fiery bluster of kinetic cinema, and the plain depiction of Stephanie’s loss of legs, along with the paralysed emotional state that Ali occupies is a blunt pummel to the audience’s sense of identification.

Stephanie’s voyage in the burden and adjustment of a realigned normality is engrossing and absorbing, as is Ali’s reaction to her. Where danger is no longer an option in the form of whale training, Stephanie is drawn, like a moth to the flame, to the volatile volcano that is Ali. He is a construct of unbridled testosterone and is completely temperamental. His temper trigger is slight and his fury explosive.

Interestingly, even as the film progresses, the characters offer no real warmth and engender no sympathy, yet they are no less compelling for that. This success accounts for the strongest of encomiums that can be heaped on Audiard’s storytelling here.

Despite casting a box office draw such as Cotillard, this is not a film that will sit particularly comfortably with mainstream audiences. It is a far more idiosyncratic and esoteric tale than that of A Prophet, although the rough and ready displays of violence will echo as a comfortable extension upon that film.

This is a film that studies the relationship that we have with our bodies; of function and of the respect we have for life. It is not concerned with exploring the redemptive powers of relationships with others. It is focused on the survival instincts that ring true to our own peculiar sense of character. In blowing up these traits with these characters, Audiard wishes that a wider lesson can be learnt. The revelation that our instincts offer identity; showing restraint and recklessness, perfection and fault. We are human, and we are fallible. Sadly, if our subconscious is given the chance, we are just as likely to repeat mistakes as learn from them. There is no greater lesson, and there is no sadder truth.

If you like this, try this: The Diving Bell and the Butterfly (2007) – The body is the diving bell, the mind is the butterfly. The awe-inspiring true story of French Elle editor-in-chief, Jean-Dominique Bauby, who awoke from a coma with locked-in syndrome. Being able to move only one eye, astonishingly, Bauby wrote a book about his life and his suffering.

You can see the trailer for Rust and Bone here: